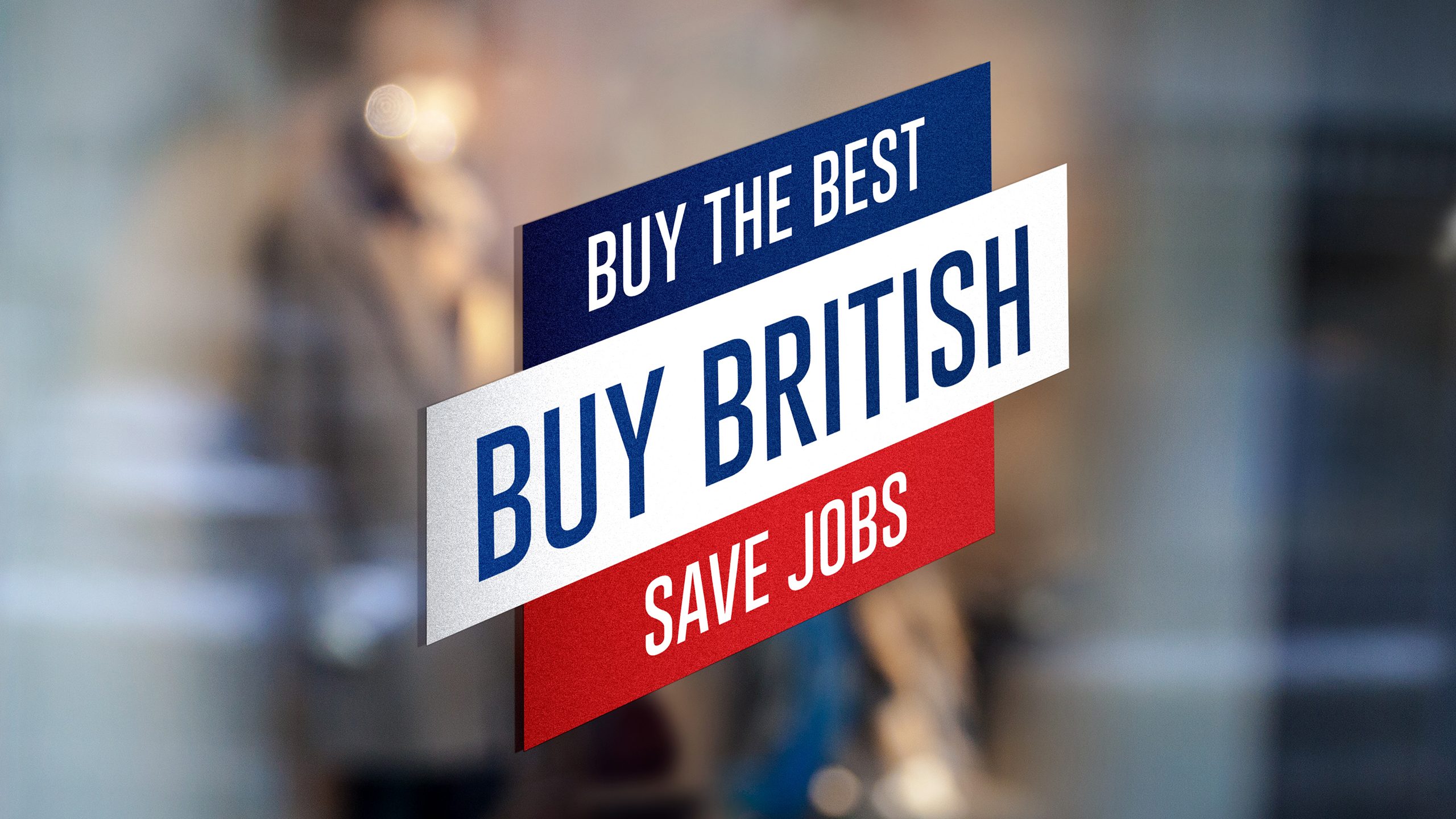 From beds to sofas, cabinetry to dining tables, Britain has an incredible amount of talent in the manufacturing and retail of furniture with a mix of large retailers and small independent producers. In these unprecedented times, it is even more key to help those that need it, by buying British and keeping the industry going. The ‘Buy British Furniture Event’ is a British Furniture Confederation (BFC) scheme, which is being organised and promoted jointly by the British Furniture Manufacturers Association (BFM) and the National Bed Federation (NBF).

We were approached by the BFC to develop a campaign graphic, simple enough to be able to implement on digital and printed collateral, swing tags, brochureware, in-store POS and multiple other applications; all without encroaching on the brands of those retailers and manufacturers that use it. We also needed to ensure that what we developed was profoundly British in its look and feel, integrating the obvious red, white and blue colour scheme and complimenting the shaping for the campaign logo with Union flag watermark gradiented in the background. We brought in drop-shadows and gradients to help generate a dynamic depth feel to the graphic, helping it to stand out amongst various pieces of collateral, imagery and other advertising campaigns.

In addition to the campaign graphics, we developed a Usage Guidelines Toolkit as well as a digital brochure.

The Buy British Furniture Event runs from 19th September through to 18th October.